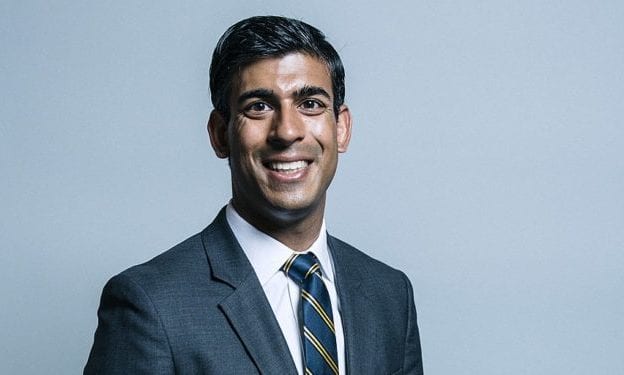 Chancellor Rishi Sunak is expected to extend the furlough scheme until September as part of his March Budget which will be announced today (3 March).

According to The Times, Sunak will state that the country is in a “moment of crisis” as he extends furlough for another five months, taking the support beyond the date that England is predicted to be free from restrictions on 21 June.

The extension is expected to form part of a £30bn package which will aim to support those hardest hit by the pandemic. It has also been reported that Sunak will look to extend business relief rates, VAT cuts, provide further grants for the self-employed, and continue the £20 increase in universal credit for another six months.

It comes as the furlough scheme – which sees employees receive 80% of their wages paid to them by the government – was due to end in April.

As part of the extension, the outlet suggests that the government will pay workers up to a maximum of £2500 until June, and then employers will be asked to fund 10% of the cost in July and 20% in August and September.

Earlier this week it was also reported that Sunak’s Budget is expected to offer over 700,000 retail, hospitality and other businesses grants of up to £18,000 as part of a £5bn rescue package.

The new ‘Restart Grants’ will be distributed from local authorities starting from April and will replace the current grant system.

Speaking to Sky’s Sophy Ridge on 28 February Sunak said: “We know that particularly businesses in hospitality, leisure, accommodation and retail have been affected by the restrictions.

Kate Nicholls, UKHospitality chief executive, said that extending the full scheme up to and beyond the point of full reopening of the sector is a “welcome move” and that it “will help keep businesses afloat and more jobs secure as they trade their way back to prosperity in the years to come”.

However, she added the announcement means it is “more important than ever” that the Government sticks to its plan to allow full reopening of venues on the 21st of June and expressed concern that businesses were expected to contribute to the scheme so close to the reopening date.

She said: “Expecting businesses to contribute to the scheme from the end of July is a worry, though. It will place unnecessary pressure on fragile businesses just as they are beginning to get back to their feet. It is also very disappointing not to have employer National Insurance Contributions removed from the scheme.”

“Businesses are burning through their cash reserves and many will have exhausted them before they have a chance to reopen. Not all businesses are going to be out of the traps instantly. It will take time for them to reopen and they will be racking up costs in the meantime.”

She added: “It is now more important than ever that the chancellor delivers a wider package of support in his Budget statement. Extended furlough alone will not be enough to give businesses the support they need to survive the spring and summer, particularly if businesses are now incurring additional costs. We must have an extension of the VAT cut and business rates holiday if we expect to see businesses survive and thrive after the crisis has passed.”