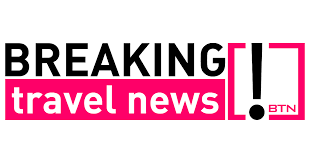 Sharp declines in revenue caused by the pandemic coupled with a more cautious approach to lending has prompted hotel valuations to fall over the past 12 months, although not as steeply as some had initially anticipated.

This is the key finding of the annual European Hotel Valuation Index (HVI) compiled by global hotel consultancy HVS, which reports that in the year of the Covid-19 outbreak hotel values saw average declines of between five and 15 per cent compared with the previous year.

Last year followed a decade of hotel value rises across Europe, with 2019 posting an average three per cent increase – with some properties in southern Europe experiencine seven per cent rises.

However, widespread lockdowns in 2020 which resulted in the majority of Europe’s hotel’s closing for business, saw annual RevPAR fall by around 70 per cent compared to that of 2019.

“The impact of the pandemic on cash flows and profits has been dramatic, although government support and payroll subsidies helped to soften the blow.

“All tiers of hotel have been affected but particularly the upscale and luxury properties as they tend to be more exposed to group and convention demand as well as international visitors,” commented report co-author Mattia Cavenati, associate, HVS London.

HVS London conducted some 130 annual update hotel valuations in 2020, which clearly showed that only a small number of properties experienced either larger declines in value or for some, a slight increase, whilst around 60 per cent of these hotels experienced a decline in value of between five and 15 per cent.

Hotels in gateway cities have seen less of a decline, buoyed by either the country’s political and economic stability, high barriers to entry, well diversified demand bases and substantial government support schemes.

In a flight-to-safety environment the northern- and western-European markets are well positioned to capitalise on these strengths.

Less central markets such as those in Eastern Europe, or those affected by more volatile political or economic circumstances such as Russia and Turkey, might remain less attractive as an investment proposition in the short- to medium-term, maintaining a dampening impact on values.

“While full recovery is expected in the sector newly found operational efficiencies such as more agile workforces, greater use of technology and the repurposing of space will enhance operating leverage as demand and revenues recover.