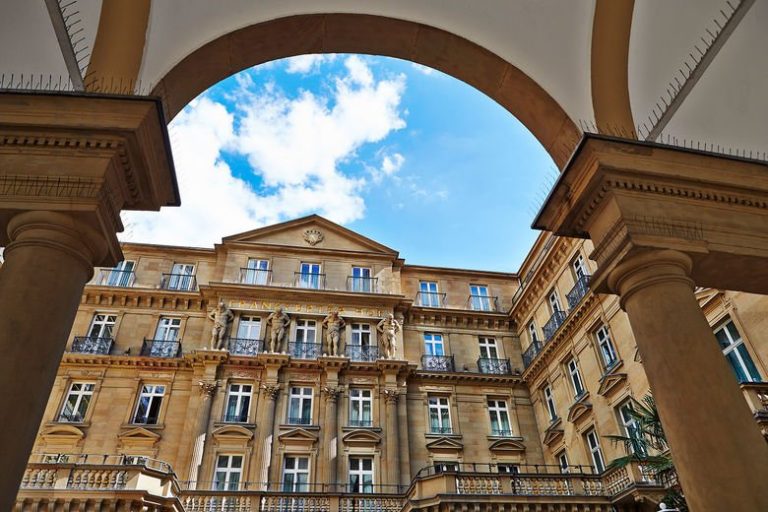 “Every Steigenberger Icon has its own inimitable story to tell,” said Marcus Bernhardt, CEO of Deutsche Hospitality. “Arthur Conan Doyle worked on some of his ‘Sherlock Holmes’ stories whilst staying at the legendary Grandhotel Belvédère in Davos, where the World Economic Forum was also founded. Today, the hotel is the hub of a young and modern Switzerland. There is the Frankfurter Hof, where the Rolling Stones once played football in the corridors and which now provides a venue where famous authors can meet up-and-coming artists. The Steigenberger Grandhotel Petersberg is a peerless location which combines a sense of world political history with a modern spa and wellness. Then we have the Parkhotel at Königsallee 1a in Düsseldorf, the Handelshof in Leipzig and Steigenberger Wiltcher’s, the centrepiece of social life in Brussels. Each of these hotels has its own unique architecture, service, and history. In the best sense of the term, they are all the living rooms of the cities they inhabit. They have local roots and an international alignment and thus fulfil all the criteria necessary to be an ‘Icon’.”

Spiridon Sarantopoulos will be in overall charge of the group’s new Luxury Segment, of which the Steigenberger Icons brand forms a part. He will take on the newly created position of Vice President Luxury Hotels at Deutsche Hospitality whilst continuing to be responsible for the Steigenberger Frankfurter Hof in his capacity as General Manager. His function as Vice President Luxury Hotels means that the General Managers of the Steigenberger Icons will all report to him. In turn, Spiridon Sarantopoulos will report directly to Marcus Bernhardt.

“Spiridon Sarantopoulos and Steigenberger Icons will embody the expertise Deutsche Hospitality is able to deliver in the luxury sector as he goes on to expand the brand further,” continued CEO Marcus Bernhardt. “Mr. Sarantopoulos is able to look back on many years of executive experience in the high-end hotel business. His role as General Manager of two of the new Steigenberger Icons also means that he is already completely familiar with the brand and the Luxury Segment.”

“I am very much looking forward to the challenge of setting new benchmarks in the luxury hotel segment via the Steigenberger Icons brand,” stated Spiridon Sarantopoulos. “This is a significant step along the pathway to becoming one of Europe’s top three hotel companies.”

Deutsche Hospitality brings together five separate hotel brands under a single umbrella. Steigenberger Hotels & Resorts has nearly 60 hotels housed in historic traditional buildings and lively city residences and also offers health and beauty oases set at the very heart of nature. MAXX by Steigenberger is a new and charismatic concept which places the focus on the essential in accordance with its motto “MAXXimize your stay”. Jaz in the City branded hotels reflect metropolitan lifestyle and draw upon the local music and cultural scene. IntercityHotel offers more than 40 upper mid-range urban hotels, all of which are located within easy walking distance of railway stations or airports. And Zleep Hotels – a well-known and successful hotel brand in Scandinavia which offer service and design at a great rate for the many. The portfolio of Deutsche Hospitality currently includes almost 160 hotels on three continents 40 of which are in the pipeline.