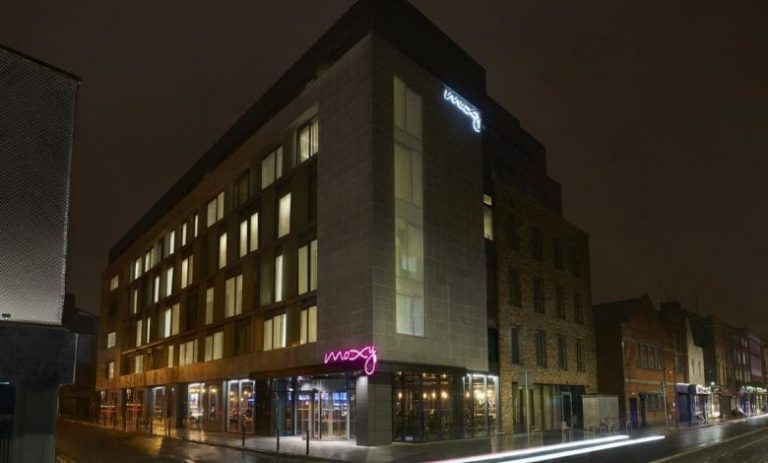 Global real estate advisor, CBRE has confirmed that following an off-market process, Midwest Holding AG has sold The Moxy Dublin City to The MHL Hotel Collection for a price in the region of €35m (£30m).

It said the hotel benefits from its association with Marriott Worldwide being branded as the Moxy Hotel and the first Moxy in Ireland. The process reportedly attracted “strong” interest from a significant number of established domestic and international property investors, hotel funds and private equity companies.

According to CBRE, the process highlighted that the level of international interest “remains robust” for Dublin as an attractive location for hotel investment. It cited “impressive” domestic economic performance in recent years with significant growth in household saving levels, increased employment, along with record levels of office take-up by multinational companies.

The Moxy Dublin City fronts Sackville Place and Marlborough Street, immediately behind the new Clery’s development. The hotel, which opened in October 2019, features 157 bedrooms with extensive bar/restaurant space on the ground floor.

Following this acquisition, The MHL Collection, which was formed in 2013 by its three partners John Malone, Paul Higgins and John Lally, will comprise 12 hotels. The Moxy Dublin will be its third Marriott branded hotel alongside the five-star Westin Dublin and Powerscourt Hotel Resort Spa.

Alexandra Sheeran, senior analyst, CBRE Ireland said: “The Moxy Dublin City is the first major deal to close in just over a year in the Dublin Hotel Market.

“The level of interest shown from investors gives us great confidence for future transactions in Dublin and its new owners MHL, will benefit considerably from the major developments planned in the immediate area including the redevelopment of Clery’s Department Store and the exciting plans Hammerson have for their Dublin Central site.”

Paul Higgins, partner at The MHL Hotel Collection, added: “The last 15 months have been very difficult for our staff, customers and everyone in the sector. We are pleased that hotels will be opening from 2nd June 2021 and hope that the rest of the hospitality sector can follow soon.

“We are delighted to have purchased the Dublin Moxy.  While there will inevitably be challenges over the next 12 months, this purchase highlights our confidence and belief in the long term prospects for our well located and managed hotels.”