It’s the summer of the leisure traveler and while hotel occupancy remains below 2019 levels, average daily rate has surpassed its pre-pandemic levels in recent weeks as hoteliers take full advantage of pent-up demand. However, even as summer provides much-needed relief to the industry, operators remain wary of the post-Labor Day hospitality landscape. Transient demand […]

WASHINGTON – Lingering COVID restrictions and a patchwork approach to reopening across the country will prevent the economically crucial business travel segment from recovering until at least 2024, according to a Tourism Economics analysis released Tuesday by the U.S. Travel Association. Travel overall is by far the U.S. industry hardest hit by the ongoing fallout […] 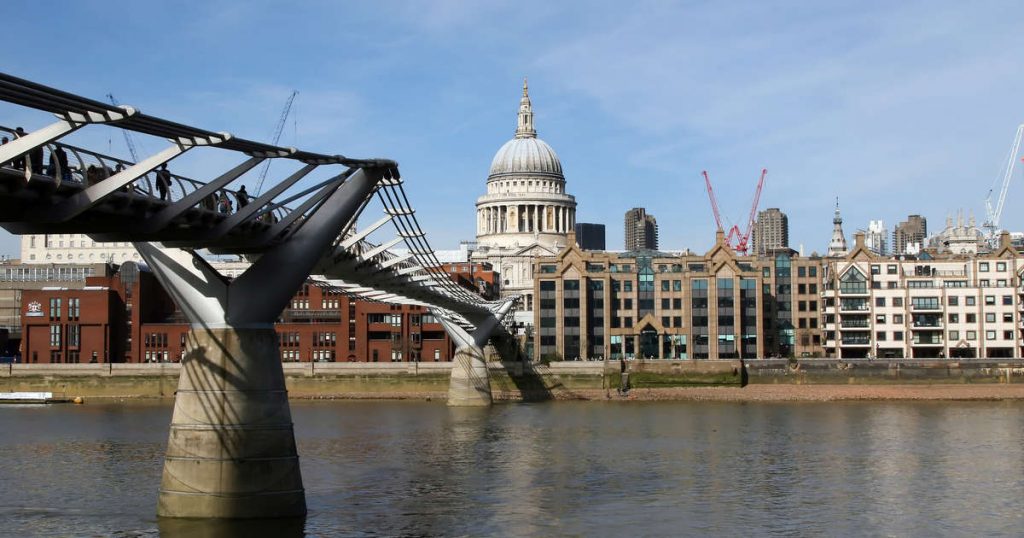 Virginia Messina, Senior Vice President and Acting CEO, WTTC said: ” Whilst we welcome the news of a taskforce aimed at safely reopening travel between the UK and the US, unless we have a clear timeline and unlock transatlantic travel by 4 July at the latest, we will continue to see jobs lost and businesses […]

US Hotels Lose Ground In Race Back To ‘Normal’

U.S. hotel performance comparisons to 2019 weakened in the last week of April, indicating recovery from the pandemic is still very much an ongoing concern. For the week ending May 1, U.S. hotel revenue per available room was slightly less than 65% of the level achieved in the same week in 2019 — the lowest […]

Widespread availability of Covid-19 vaccines could be a matter of weeks away in the United States, which will be a key component of corporate travel industry recovery but also is presenting new policy, technology and ethical considerations with which corporate travel programs must grapple. U.S. President Joe Biden this week announced that he was pushing […]

U.S. hotel gross operating profit per available room (GOPPAR) reached its highest absolute level since February 2020, according to STR‘s February 2021 monthly P&L data release.  GOPPAR had come in no higher than US$12.69 for any month since the pandemic’s initial impact on industry performance last March. In addition to improved absolute levels in the profitability metrics, […]

Forbes Five-Star Mandarin Oriental, New York has announced that as of 1 April 2021 the hotel will once again be welcoming guests. The anticipated reopening debuts a new dining experience, MO Lounge, along with enhanced safety measures and programming designed to ensure wellbeing yet still deliver the service excellence for which Mandarin Oriental is renowned. […] 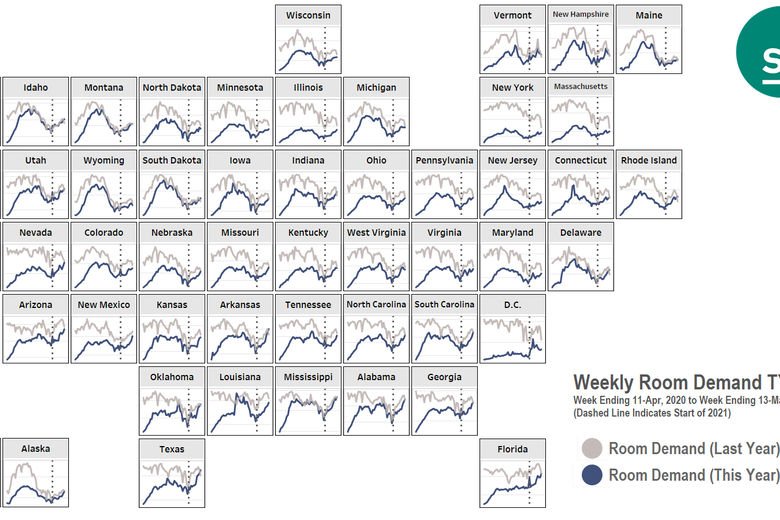 STR’s latest 51-chart demand map through 13 March 2021 shows that most states are moving closer to their levels from the same time last year. Unfortunately, those demand levels from comparable periods in 2020 were lowered substantially by the earliest pandemic lockdowns. A clear majority of states have made solid progress in shrinking the tremendous […]

US Hotel Performance Improves In February

The U.S. hotel industry showed higher performance levels from the prior month, according to February 2021 data from STR. Occupancy and RevPAR were the highest for any month since October 2020, while ADR was the highest since September 2020. Among the Top 25 Markets, Oahu Island reported the lowest February occupancy level (29.3%), which represented […]

Travel’s economic footprint in the United States shrank a staggering 42% last year, from $2.6 trillion to $1.5 trillion, according to new end-of-year totals prepared for the U.S. Travel Association by the research firm Tourism Economics. The employment devastation was similarly massive: travel-supported jobs fell by 5.6 million in 2020 (16.7 million to 11.1 million)—a […]